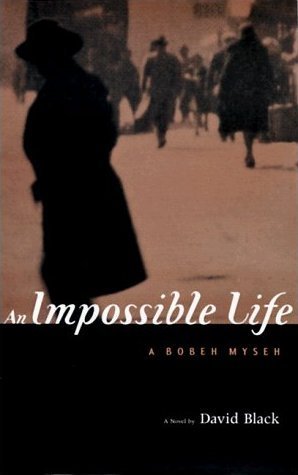 "Some of the tales are told with vaudeville rhythms, some with the inflection and diction of the shtetl. All are impossible, wonderful, irresistible."

"Novelist Black (Peep Show, 1986, etc.) takes readers on an odd but affecting journey through Jewish history... He begins working his way backward through the generations, through the manifold sufferings of East European Jews in the 19th and 18th centuries, as well as through the haunting tales of demonic possession and wonder rabbis... Interspersed with these tales is a series of dialogues between Leo and the ghost of his father; these are anything but Hamlet-like, owing more to the Borscht Belt and Woody Allen than to the Bard of Avon. Black brings to all this narrative movement a tremendous joy in the sheer act of storytelling, piling on gangsters and children, musicians and peasants, adultery, insanity, pogroms, transmigrating souls, the whole of it with gusto. [A] mélange of Jewish history and myth... [T]he authorial voice has considerable charm. Brisk and often funny..."
--Kirkus Review
"In an effort to get to the bottom of his mother's mental illness, Leo Polishook reaches back into his family's history, recalling the stories (both real and imagined) passed down to him from generations of loved ones. What emerges from these memories is a kind of modern folklore, a blending of hard-bitten gangster dramas and magical tall tales... Leo sifts through seven generations of family legend, much as his mother, in a state of dementia, sifts his father's ashes through his sister's marijuana strainer, "trying to save his gold." The real gold here is the imaginative manner with which Black structures his bobeh myseh (a Yiddish term for "old wives' tale"), hiding kernels of truth and moral in the center of fantastic stories. There's Leo's kindly but vicious grandfather, an infamous local mobster ("the Pasha of Allen Street") who counsels and gossips with God Himself over glasses of Slivovitz at a local café. There's his great-grandfather, who strangled a wolf because the beast stood between him and his outhouse. Throughout the novel, Leo also carries on a conversation with his father's ghost, a witty, biting dialogue that provides the book with some of its most moving moments. "The living are surrounded by ghosts," Leo's father explains at one point. "Usually, they ignore them." Black seems to say we do so at our own peril throughout An Impossible Life. In crafting so vivid a narrative, Black shows the reader that to ignore those spirits, their stories, and their collected magic and wisdom is to deny ourselves something greater -- a means of self-discovery."
--Independent Publisher